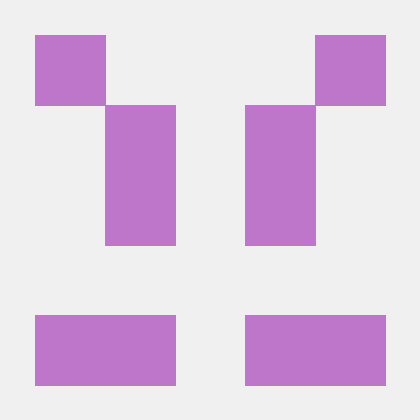 Apache Mesos is an open source cluster management project designed to implement and optimize distributed systems. Mesos enables the management and sharing of resources in a fine and dynamic way between different nodes and for various applications. This article covers Mesos architecture, its fundamentals, and its support for NVIDIA GPUs. 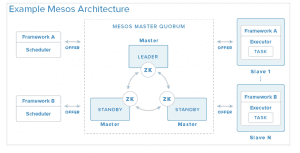 To avoid a SPOF (Single Point of Failure), it is necessary to use multiple masters, a master leader and several masters of safeguard. Zookeeper replicates its data on N master nodes to form a Zookeeper quorum. His responsibility is to coordinate the election of the master leader. At least 3 masters are required for high availability.

Marathon is a container orchestrator for Mesos that allows you to launch applications. It is equipped with a REST API to start and stop applications.

Chronos is a framework for Mesos developed by Airbnb to replace the standard crontab. It is a complete, distributed, fault-tolerant scheduler that facilitates the orchestration of tasks. Chronos has a REST API, which allows you to create planning tasks from a web interface.

This diagram explains how a task is started and orchestrated: 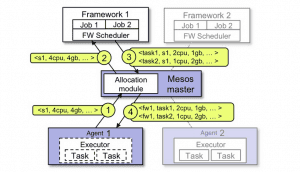 Containerizer component that allows you to launch containers, it is responsible for the isolation and management of container resources.

Creating and launching a containerizer:

Launching tasks is executed in the same way by adding a GPU resource type. However, unlike processors, memory and disks, only integer numbers of GPUs can be selected. If a fractional quantity is chosen, launching the task will result in an error of type TASK_ERROR.

In addition, Mesos integrates the operating logic of the ”nvidia-docker” image exposing the CUDA Toolkit to developers and data scientists. This makes it possible to directly mount the drivers and tools necessary for the GPU in the container. You can build your container locally and deploy it easily with Mesos.

Mesos is a solution that allows companies to deploy and manage Docker containers, while sharing the available resources of their infrastructures. In addition, thanks to the Mesos containerizer, we can perform deep learning in a distributed way or share GPU resources between multiple users.