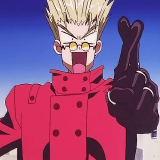 Apache Airflow offers a potential solution to the growing challenge of managing an increasingly complex landscape of data management tools, scripts and analytics processes. It is an open-source solution designed to simplify the creation, orchestration and monitoring of the various steps in your data pipeline. The project came from the teams at AirBnb in 2014 to manage an ever-increasing number of workflows.

Airflow offers you the possibility of creating DAGs (Directed Acyclic Graph) using to the language Python, which facilitates the creation of sets of tasks that can be connected and depend on one another in order to achieve your goal of your workflows.

The installation of Airflow is done through pip.

Once the Airflow webserver is running, go to the address localhost:8080 in your browser and activate the example DAG from the home page. Most of the configuration of Airflow is done in the airflow.cfg file. Among other things, you can configure:

There are six possible types of installation:

For the purpose of this article, I relied on the airflow.cfg files, the Dockerfile as well as the docker-compose-LocalExecutor.yml which are available on the Mathieu ROISIL github. They provide a working environment for Airflow using Docker where can explore what Airflow has to offer. Please note that the containers detailed within this article were tested using Linux based Docker. Attempting to run them with Docker Desktop for Windows will likely require some customisation.

For our exploration, we’ll be using Airflow on the Amazon Big Data platform AWS EMR.

The objective of this article is to explore the technology by creating 4 DAGs:

DAGs are python files used to implement workflow logic and configuration (like often the DAG runs). They signal to their associated tasks when to run but are disconnected from the purpose or properties of these tasks.

First of all, we will start by implementing a very simple DAG which will allow us to display in our DAG logs our AWSCLI configuration.

The default_args variable contains a dictionary of arguments necessary for the creation of a DAG and which are used as defaults if missing from associated tasks.

Among other things, it’s also possible to configure the automatic sending of mails using the default_args dictionary.

It is also necessary to create an object of type DAG taking these three parameters:

Then we can see the creation of an object of type BashOperator: it will be the one and only task of our DAG show_aws_config.

These DAGs can rely on a large number of tools making them extremely flexible.

You can define Airflow Variables programmatically or in Admin -> Variables, and they can be used within the scope of your DAGs and tasks.

Connections allow you to automate ssh, http, sft and other connections, and can be reused easily. The following example DAG illustrates how to install the AWSCLI client where you want it.

You must create the variable Airflow Variables directly from the user interface by going to the Admin tab then to Variables.

The following DAGs will require the use of Airflow variables. You can create them within the Airflow ui by either creating them individually or by uploading a json file containing a key value set. The git clone you made earlier has a variables.json file which includes all the variables required in the rest of this article. Just be sure to fill the missing values.

For this DAG, you will need to create the url_awscli and directory_dest variables which in my case correspond to:

Tip: The value of any Airflow Variable you create using the ui will be masked if the variable name contains any of the following words:

Airflow also offers the management of parameters for tasks like here in the dictionary Params.

The following DAG prepares the environment by configuring the client AWSCLI and by creating the S3 buckets used in the rest of the article.

It will need the following variables Airflow:

Xcom allows data to be passed between different tasks.

In this DAG the Xcom variables allow tasks to share:

There are a large number of core Airflow Operators available to use in your DAGs. They allow you to use a service such as hive or the like transparently. Indeed, it’s possible to configure many of them directly in the file airflow.cfg.

I use this technology in production environments. It brings with it many advantages while still being flexible. We can think of Airflow as a distributed crontab or, for those who know, as an alternative to Oozie with an accessible language like Python and a pleasant interface.

Throughout this article we have used Airflow in a DevOps context, but this represents only a tiny part of the possibilities offered.

Please note, in case of intensive use, it is easier to set up Airflow on a server dedicated to your production environments, complete with copies in Docker containers in order to be able to more easily develop and not impact production. However problems related to Connections or even Variables are still common so be vigilant and make sure your test suites cover this.