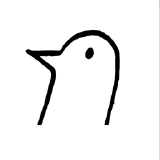 Defining variables for your Ansible playbooks and roles can become challenging as your project grows.

Browsing the Ansible documentation, the diversity of Ansible variables location is confusing, to say the least:

There are 22 different places where to store your variables! As your code evolve and become more complex, it can get messy.

Define your own subset of variables locations

Whenever you think of a variable, it should be obvious where it is defined. If not, maybe you are spreading your variables in too many places. Start with something simple, for instance having only 2 places where your variables can be defined:

roles/serviceA/default.yml: this file defines all variables required by the role, with some default values. Note how we can comment variables that are required, but for which we don’t want to provide any default value. By doing that, we are documenting every variable the role needs.

serviceA.yml: this file is the playbook in which the role is called. We put our custom configuration there.

We chose 2 locations for our project: role defaults, et role params. It’s easy to know where to find our variable. It should work in most situations.

Let’s have another subset of locations.

roles/serviceA/default.yml: role defaults, defined in the same as the previous example.

inventory/group_vars/servicea.yml: these variables are going to be associated with the group called servicea

It is then required to associate correctly the role to the hosts where you have defined the variables (reminder: at runtime, variables are in the end associated with a host: there is no groups or role default, only host variables). The playbook:

Now let’s say we want to have multiple roles, servicea and serviceb, to run on one group called for example worker. We could write the custom configuration for both services (servicea and serviceb) in a single file: inventory/group_vars/worker.yml; but then it is really not obvious where to find your custom variables.

Instead, we can have 1 group per service, so 1 configuration file per service in the group_vars folder (servicea.yml and serviceb.yml). We then associate the worker hosts to the group of our different services. inventory/hosts:

Let’s just take the 2 previous examples and mix them. We choose 3 locations:

Let’s say we want to modify servicea_log_dir variable. We cannot change the role defaults variable, as we want our own custom value. Now do we change it in the group_vars or in the role params? Both work, and there is no way to figure out which location you would choose, unless there is a specific logic behind it. This is not correct and we want to keep things simple.

When choosing the few locations to use, think about what effect it will have on your code versionning.

The gitops methodology may help you out. In short, you want to split your code in 2 repositories: your code repository, and your ops repository.

What matters is that it should be possible to split the generic code and the properties that are proper to an instance. For example, storing custom variables in the vars folder of a role (eg. roles/servicea/vars/main.yml) is not correct.

If you think of any variable and know for sure where it has been defined, then you are probaly doing things right.