How to build your OCI images using Buildpacks 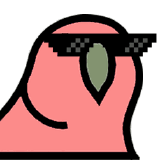 Docker has become the new standard for building your application. In a Docker image we place our source code, its dependencies, some configurations and our application is almost ready to be deployed on our workstation or on our production, either in the cloud or on premises. For several years, Docker has been eclipsed by the open-source standard OCI (Open Container Initiative). Today it is not even necessary to use a Dockerfile to build our applications! Let’s have a look at what Buildpacks offers in this respect, but first we need to understand what an OCI image really is.

Let’s take a basic Node.js application as an example:

To containerize our application, we usually write a Dockerfile. It contains the necessary instructions to build an environment that will be used to run our application.

Once built, we can inspect our image with docker inspect: (selected pieces)

We can see a configuration block with:

And a second block “Layers” with a list of checksums. Each checksum corresponds to a compressed archive file (.tar.gz). All these layers applied on top of each other build a complete filesystem. To learn more about this topic I invite you to read David’s article.

How Docker builds an images

To understand how Docker builds an image, it is necessary to know the docker commit command. This command runs on a running container. It creates an image from the state of this container.

This mechanism is used for example in our RUN npm install instruction:

However, docker build has one important drawback: by default, the build is not reproducible. Two successive docker builds, with the same Dockerfile, will not necessarily produce the same layers, and therefore the same checksums. What will cause this phenomenon is mostly timestamps. Each file in a standard Linux filesystem will have a creation date, a last modification date and a last access date. Also, the image has a timestamp that is embedded in the image and alters the checksum. This causes great difficulty in isolating our different layers, and it is difficult to logically associate an operation in our Dockerfile with a layer in our final image.

For the modification of the base image (the FROM instruction, for security reasons for example), Docker necessarily launches a complete build. Also, uploading this update to our registry implies sending all the layers. Depending on the size of our image, this can lead to a lot of traffic on each of our machines hosting our image and wishing to update.

An image is simply a stack of layers on top of each other, along with configuration files. However Docker (and its Dockerfile) is not the only way to build an image. Buildpacks offers a different principle for building images. Buildpacks is a project incubated at the Cloud Native Computing Foundation.

What is a buildpack?

A buildpack is a set of executable scripts that will allow you to build and launch your application.

A buildpack is made of 3 components:

Building your application means ‘running’ buildpacks one after the other.

To do this we use a builder. A builder is an image including a whole set of buildpacks, a lifecycle and a reference to a very light run image in which we will integrate our application. The build image/run image couple is called a stack.

Coming back to our Node.js application, Buildpack will only use the information in the package.json.

This is all we need to build an image containing our application with buildpacks:

The only command you need to know to use buildpacks is the following:

Here we use the builder provided by Google ‘gcr.io/buildpacks/builder:v1’. Other builders are available (see pack stack suggest) or you can build your own!

It is then directly possible to launch our application.

The advantages of using buildpacks include:

Image rebasing consists in being able to exchange several layers of an image, without having to modify the upper layers. This is particularly relevant when modifying the base image of our run image. Let’s take an example of a Node.js application (which I’m simplifying roughly)

In the event that our container is deployed in Kubernetes and a flaw is detected in its base image, it is necessary to update it. With Docker this would require rebuilding our image completely, uploading our entire new image to our registry, and each Kube worker would have to download this new image.

This is not necessary with Buildpacks, only the layers related to the base image need to be uploaded. Here we can compare two OCI images, one with a ubuntu:18.04 version, the other with ubuntu:20.04. The first 3 layers (in blue) are the Ubuntu related layers. The next layers (in red), are the layers added by Buildpacks: these are identical. This behavior is possible in Docker (but complex to set up), it is by default with Buildpacks.

Buildpacks comes with one important limitation: a buildpack can only act on a very limited area of the file system. Libraries and binaries must be installed in the folder of the buildpack that installs them. This allows a clear separation of the perimeters of each buildpack but requires more rigor. It is therefore no longer possible to simply launch installations via the package manager (apt, yum or apk). If it is not possible to bypass this limitation, it is necessary to modify the stack image.

If you want to easily implement good image creation practices for your containerized applications, Buildpacks is an excellent choice to consider. It easily integrates with your CI/CD via projects like kpack. It may even already be integrated into your DevOps infrastructure as Buildpacks is the one behind Gitlab’s Auto DevOps feature.